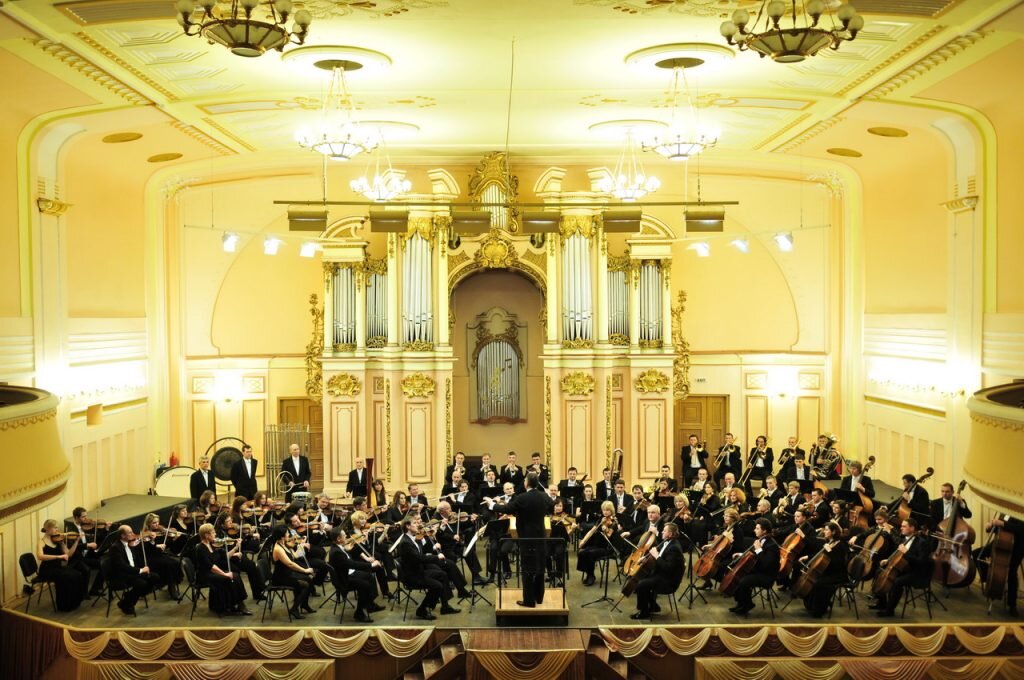 The Lviv National Philharmonic Orchestra of Ukraine headquartered in the Medieval city of Lviv was officially established on September 27, 1902 as, on this day, the first concert of the newly formed orchestra took place in the Philharmonic Theater of Count Stanislav Skarbko (presently known as the Ukrainian National Academic Theater of Drama named after Maria Zankovetska). The Principal Conductor of the orchestra was Ludwik Vitezslav Czelianski (1870-1931).  Henryk Jarecki and Henryk Meltzer-Szczawinski worked alongside him as conductors of the orchestra.

In 1933, the orchestra became incorporated as the Lviv National Philharmonic Orchestra of Ukraine . According to the announcements, the “Inaugural” symphony concert of the newly formed orchestra of Lviv National Philharmonic Orchestra of Ukraine took place on November 20, 1933. Adam Soltys led the orchestra, in particular in the first season he combined the functions of director and artistic director. He actively worked with the orchestra until 1938. During this period, the symphony orchestra was performed by prominent composers – Maurice Ravel, Bela Bartok, Karol Szymanowski, soloists – Anton Rubinstein, Ferruccio Busoni, Wanda Landowska, Leopold Godowski, Jacob Milstein, Eugene Isai, Pablo Corvadam – Szymanowska and many others.

With the advent of the Soviet regime, the orchestra was led by Isaac Pain.  Lviv conductor and composer Mykola Kolessa was also invited to work in the orchestra. During the German occupation, in 1941-1944, the Philharmonic did not operate. In the postwar period, the orchestra had to be re-assembled, which was the joint effort of Isaac Pain, Dionysius Khabal, Nestor Hornytsky and Mykola Kolessa. The team resumed work in August 1944. The first concerts featured works by Stanislav Liudkevych, Vasyl Barvinsky, Mykola Lysenko, Stanislav Monyushko, Camille Saint-Saens, Peter Tchaikovsky, Carl Maria von Weber.

The Lviv National Philharmonic Orchestra of Ukraine  has toured extensively around the world including Poland, Italy, Spain, France, Switzerland, Germany, the Netherlands and The People’s Republic of China. During the past several seasons they have completed highly-acclaimed recordings for major international labels including Naxos and Brilliant Classics. 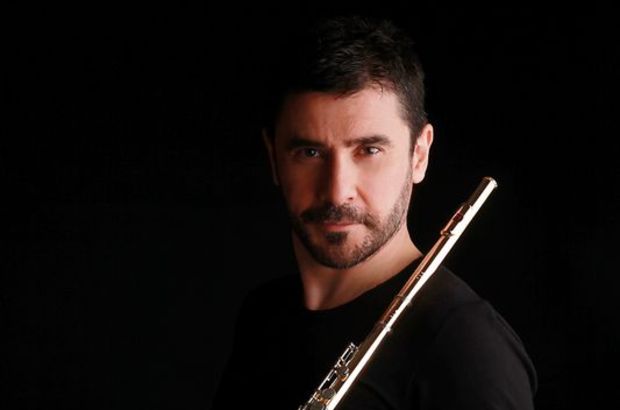 Bulent Evcil is an exceptional flutist who is devoted not only to his craft but also to the creation of programs featuring the traditional Turkish repertoire.

He started his flute education at the MSU State Conservatory in 1980 in Turkey and continued in the Brussels Royal Conservatory and Heidelberg-Mannheim School of Music. In 1992 he had an opportunity to be a student of Sir James Galway. He described Evcil as ‘one of the best flutists of his generation.’

Evcil has significant contributions to expand the popularity of his instrument, Flute, and has the ambition to represent his music and his country, Turkey, at the international music arena. He is awarded by” Classical Music Magazine ANDANTE” The Best woodwind player of 2010 in TURKEY.

As a prodigious recording artist, and he has three main recordings. His first CD named “TANGO TIME” came out by KALAN MUSIC in Turkey, His second CD called “Middle Eastern Miniatures” and the third one was recorded in 2015 with a world-famous accompanist Phillip Moll and named as “The Flute Virtuoso.”